In December 2002, AESI was honored to receive the STAR Supplier Subcontractor/Service Award from Lockheed Martin Corporation.

AR award was developed by Lockheed Martin to distinguish their top performing suppliers. To continues to be committed to on-going improvement an
d maintaining standards of excellence in the areas of quality, cost, schedule, and project management. 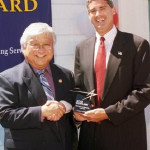 Lockheed Martin suppliers, only 118 STAR Awards had been awarded. And out of those 118 awards, only 18 STAR awards were given to companies in the Service Category. 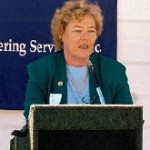 this milestone, an awards luncheon was held with U.S. Congressman Mike Honda, U.S. Congresswoman Zoe Lofgren, and the Mayor of Sunnyvale, Julia Miller, along with key Lockheed Martin officials in attendance. 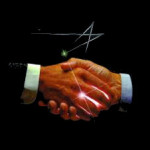 Engineering has worked with Lockheed Martin for many years and we are extremely honored to receive this prestigious award. As we look to the future, we see that our relationship with Lockheed Martin will continue to strengthen and are excited about our continued affiliation with this industry leader. In addition, this award represents the incredible efforts of all Albin Engineering employees and their dedication to performance excellence by delivering exceptional customer service,” stated Marc Albin, President and CEO of AESI.