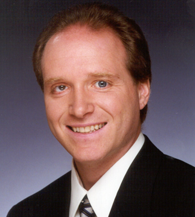 Eddie Pavlu brings 18 years of executive management to AESI as a strategic advisor.  He has held the positions of VP of Engineering, COO, and President & CEO of Elliott Laboratories – a San Francisco Bay Area product compliance testing laboratory.  As President & CEO, Eddie doubled the size of the company, increased EBIDTA, and sold the company to National Technical Systems (NASDAQ: NTSC) in 2008.

While at NTSC, Eddie was General Manager of the Silicon Valley division.  After being promoted to VP of the Telecom, Consumer, and Commercial Business Vertical, he was responsible for service delivery and strategy across the company.  Then Eddie became VP of Operations and was responsible for multiple locations in California, Texas, Canada, and partnerships in Germany and Asia.

In 2013, Eddie started Silicon Valley Solutions to provide strategic direction to businesses looking to gain market share and grow earnings.  Also in 2013, Eddie co-founded MycoWorks, where he is currently President & CEO.  MycoWorks is developing mycelium based materials as a renewable alternative to petroleum based composites.

Eddie has a Bachelors and Masters degree in Electrical Engineering and has been an active member of a Vistage CEO Group for over 7 years, where he was nominated in 2011 for the prestigious Leadership Award.   Eddie co–invented an EMC termination technique, US Patent Number: US5898576. He has published numerous papers, and is the co-owner of “EMCT Tutorial”, with over 1,600 users in 45 countries around the world.

Outside of business, Eddie is an amateur astronomer & astrophotographer, with photographs published in several publications, including Astronomy Magazine.